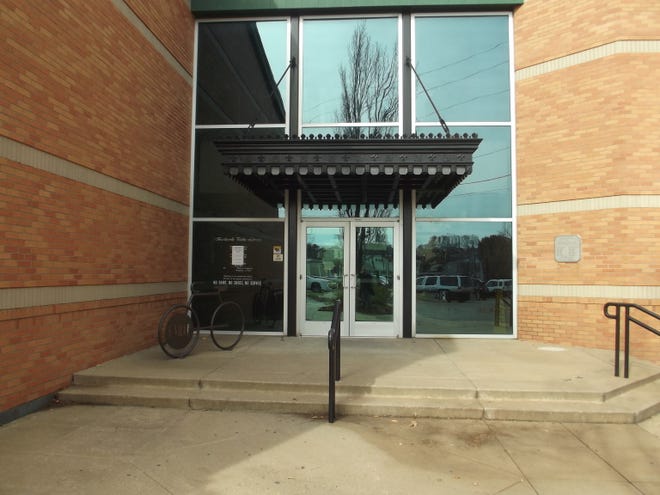 The second and final day of King Felipe and Queen Letizia’s state visit to Sweden came just hours after the brilliant state banquet.

Thursday, November 25 began with separate engagements for King Felipe and Queen Letizia. The king held a first meeting with Swedish entrepreneurs, which was followed by the opening of the Sweden-Spain entrepreneurial seminar.

During the opening, King Felipe delivered a few words, in which he highlighted how the relationship between Sweden and Spain is based, among other things, on innovation and economic competition, and the importance of the private sector in creating links.

Meanwhile, Queen Letizia, accompanied by Queen Silvia, attended a language symposium at the Bernadotte Library, inside the Royal Palace in Stockholm. The seminar focused on language, literature and translation, and was organized by the Cervantes Institute and the Swedish Institute, both of which are the entities that promote the culture of each country throughout the world.

King Felipe was then joined by King Carl XVI Gustaf on a visit to the Stockholm Technology Institute, a leading institution in research to tackle several of the major challenges currently facing countries around the world: climate change, future delivery of energy, environments and improvement of the quality of life of a population whose average age is increasingly high.

King Felipe, Queen Letizia and the Swedish royal family then gathered to attend a lunch hosted by the city of Stockholm. The meal took place in the Golden Hall of the Stockholm City Building; the hall is familiar to most people as it is the hall where the Nobel banquet is normally held.

For lunch, the King and Queen of Spain were joined by King Carl XVI Gustaf, Queen Silvia, Crown Princess Victoria, Prince Daniel, Prince Carl Philip and Princess Sofia. During the ceremony, King Felipe received the Golden Key to the City of Stockholm, a symbolic gesture that indicates the friendship between an authority and a particular city, before he and Queen Letizia signed the Book of honor of Stockholm.

After the meal, King Felipe and King Carl XVI Gustaf visited the Royal Swedish Academy of Engineering Sciences, where they participated in a conference organized by Spanish and Swedish experts on the transition to energy sources clean, such as wind, hydraulics and solar.

King Felipe was then joined by Queen Letizia for an event that was not on the initial agenda: a meeting with members of the Association of Spanish Scientists in Sweden, during which they handed over the first edition of the Margarita Salas Awards. Margarita Salas was a scientist who died last year; his work was mainly focused on molecular biology. The prizes are organized under the patronage of the Spanish Embassy in Sweden and the Ramón Areces Foundation, and will be awarded once a year, alternating between the categories Physics, Mathematics and Engineering, Biomedical Sciences and Chemical and Environmental Sciences.

To conclude their historic state visit, King Felipe and Queen Letizia hosted a reception for their Swedish hosts at the Spanish Embassy in Stockholm, where they had hosted the first event of the trip, the reception with members of the Spanish community in Sweden. King Carl Gustaf, Queen Silvia, Crown Princess Victoria, Prince Daniel, Prince Carl Philip and Princess Sofia were present to bid farewell. A reception that put an end to a whirlwind State visit, forty years of preparation.

The King and Queen of Sweden then accompanied their guests to the airport where an official farewell ceremony took place before King Felipe and Queen Letizia returned to Madrid.